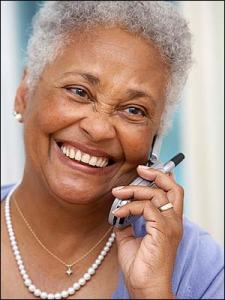 On more than one occasion I’ve hung up my cell phone in awe with a family member (who will remain nameless) after being asked to look up a phone number, information or directions. “Googling” is a house hold name in my family. It’s your “go to”, “get all”, one stop shop for information. It’s second nature when I need information, and “Siri” is starting to take the reigns! In this day and age with technology right in front of your fingers, there is no excuse, but in all reality it’s a growing concern.

Baby boomers — those born in the U.S. between the years 1946 and 1964 (missed it by a year) — have carried a lot of demographic weight through the years. Boomers are now retiring from the workplace in droves, but without an office, company computer and cell phone, are Boomers keeping up with technology?

It’s not that baby boomers aren’t connected to the internet. According to an August 2011 Pew Internet survey, three out of four boomers between 50 and 64 years old use the Internet. Surprisingly, more than half (53 percent) of American adults age 65 and older are going online.

But not all baby boomers are connected. Among current non-internet users, almost half (48%) say the main reason they don’t go online now is because they don’t think the internet is relevant to them—often saying they don’t want to use the internet and don’t need to use it to get the information they want or conduct the communication they want. Many boomers find it difficult to use the new technologies because of their complexities. Interfaces that are not intuitive with buttons that are too small and not easy to touch, and text that is too small to read make boomers hesitant to adopt smart phones, tablets, netbooks, and especially computers.

There is a growing technology gap within the Baby Boomer generation.

Many Boomers are determined to keep up with technology. They use the Internet often to stay relevant at work and connected with their friends and families. Accessing instant news and weather, and keeping in contact with grandkids and childhood friends is a necessity.

But many Boomers are resisting digital technology, and still long for the printed newspaper and land line connection. Unfortunately they will find fewer and fewer viable options.

Owning a cell phone and checking emails used to be enough to stay connected, but the “flip” phone today is archaic. Most Boomers fail to realize that the technology of a “flip” phone is cumbersome. Flipping back and forth from menu to menu can drive you crazy!! No wonder Boomers have difficulty with the hardware and interface! Smartphones are actually designed for ease of use.

The way that I see it, technology is not just about the hardware, it’s about changing the way we “think”. Smartphones are not just for calling anymore. Boomers still check emails once or twice a day — on their PC at home. When I leave my mother an email, I’m lucky if she checks it in a few days. Many boomers only think of their phones as a voice device, but today it’s much more than that.

My Millennial kids use their smartphones to text, chat, video, search, listen to music, bank, and play games. They do everything but use the phone to talk. They make calls as a last resort, and their voice-mails aren’t even set up!

Boomers will eventually find themselves losing touch with peers, and colleagues, and friends who refuse to text, message, or check email frequently. It becomes increasingly difficult to communicate when the response time is often days or weeks.

So what are some things that you can do (if you’re a Boomer, or have a Boomer parent) to help keep up with technology and keep the gap from widening?