The last season episode of “Downton Abbey” always makes my stomach churn, and leaves my soul with a sense of emptiness. Oh how I miss those British accents, the spectacular scenery of the Downton mansion, and the peculiar ways that Downton is run and managed by its dedicated servants.

Every Sunday evening I sit in front of my large screen TV mesmerized, completely sucked back into the 19th century. At 10pm when the music plays at the end of the episode, I blink several times, slowly letting my eyes wander outside of the television view, and I breathe a sigh of disappointment that another episode is completed in the countdown.

What a fabulous decade. A decade of great dramatic social and political change, which I’m sure will be very evident in this year’s “Downton Abbey” episodes. The “new” woman of the 20th century was called a “flapper”. Although most 20th century woman did not participate in the new found social ways of bobbing the hair, wearing short skirts, and publicly smoking and drinking, many of them gained significant freedoms.

The 19th Amendment allowed woman in the United States to vote in 1920. Jazz became the main genre of the music industry in the 20’s, bringing along with it the freedom to dance: the Charleston, the cake walk, the black bottom, the flea hop. White collar jobs became more available to women as economic growth swept the nation. New machines and technologies allowed more conveniences to woman in the home, and the sexual revolution took off with the increased availability of birth control.

Don’t forget to catch up on Season 4 episodes this week. In my British accent, “The Roaring 20’s” will make a great splash in Downton this season, looking forward to Sunday’s opening theme promptly at 9pm!”

January has become a most important month for many of us who have anticipated the return of the infamous, and highly scandalous PBS drama television series “Downton Abbey”. Creator Julian Fellowes magnificently captures the life of Britain’s aristocratic Crawleys and their servants. I’ve always loved Masterpiece Theater, and frequently get hooked on many the shows. But I particularly like “Downton Abbey” for its authentic history, drama, class system between the aristocrats and the servants, and of course the filming, scenery, and costumes.

At the finally of season 3, I sat with my mouth wide open as I watched the truck hit Matthew Crawley’s vehicle! I had no idea that Dan Stevens was leaving the show in spite of reports months before. So no wonder I deeply inhaled, blinked repeatedly, and pinched myself back into reality seconds after Matthew’s fate was revealed!

Well, 11 months have gone by between the last traumatic episode and the Season 4 premiere, and Sunday nights are once again reserved for crumpets and a spot of tea. (in my American accent) . . . well maybe not the crumpets.

The phrase a spot of tea is certainly known in the UK but the US as well. It is mainly a British expression, but to Americans it means tea by itself. To the Brits it means full afternoon tea, a light refreshment around 4pm that includes sandwiches and cakes as well as a nice cup of tea. In any case, I love tea. One of my favorite gifts this holiday season was a cast iron Japanese tea-pot from my daughter. It comes with an infuser so that the tea bag or leaves can brew while the water boils. I particularly enjoy Revolution Citrus Spice Tea.

Cast iron tea pots can be quite expensive, but World Market Cost Plus has them for under $20. 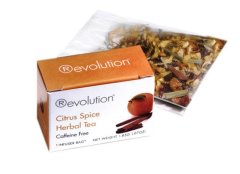 I’ve included in this post, how to care for your pot, (in my British accent) . . .  and a lovely tea sandwich recipe to enjoy with tonight’s episode. . . Bon appetite!

Cut crusts from bread slices. Cut bread slices into 4 triangles, and place on baking sheet. Bake at 400° for 5 minutes or until toasted.

Combine cream cheese and next 6 ingredients in a large bowl until blended. Cover and chill until ready to serve. Spoon 1 tablespoon of cream cheese mixture onto 1 side of each raisin bread triangle; top each with a mandarin orange segment.

Proper care of a cast iron teapot will afford you a lifetime of use. After each use, allow teapot to cool completely before cleaning. Rinse and gently clean pot, cover and infuse thoroughly with warm water only. Do not use soaps or detergents. Wipe the outside dry with a clean cloth while the pot is still warm. Invert the pot to air dry before replacing infuser and lid. Avoid contact with salt and oils. Due to the iron content of the teapot, we recommend the use of a trivet to protect table linens and surfaces.

In the unlikely event of rust, the pot can still be used. Rust from the teapot is non-toxic and perfectly safe. In fact, many Japanese tea connoisseurs actually prefer the taste of tea from a rusted iron teapot!

If rust bothers you, clean the rusted area with a soft brush, then fill the pot with used tea leaves and boiling water. Allow to sit for 20 minutes, discard and rinse. Tannic acid in the tea reacts with the rust and forms a natural seal, helping to prevent the re-occurrence of rust.

The benefits of using a cast iron teapot is that they are extremely durable and will last for generations! They have an excellent ability to retain heat. Made of specially purified cast iron, they are a symbol of strength and unity.

(Instructions by The Minister of Fire and Water)